How to unlock Hildebrandt Palace in Lost Ark?

So far, we have found 24 gold cores in the third zone, Navia, in Tower of Fantasy. Cetus Island makes the map harder to read, so we marked Gold Nucleus directly on Cetus Island with yellow stars and other Gold Nucleus with red stars. Use this listing for the gold core on the island of Cetus.

All other gold cores are marked with the red stars and can be obtained by the following means.

Use this list to find any Gold Core and check each method if you’re having trouble claiming them. One thing to note is that there are a few gold cores floating on and around the wires from the Isle of Cetus. Here’s where to find all Navia Gold Cores in Tower of Fantasy. 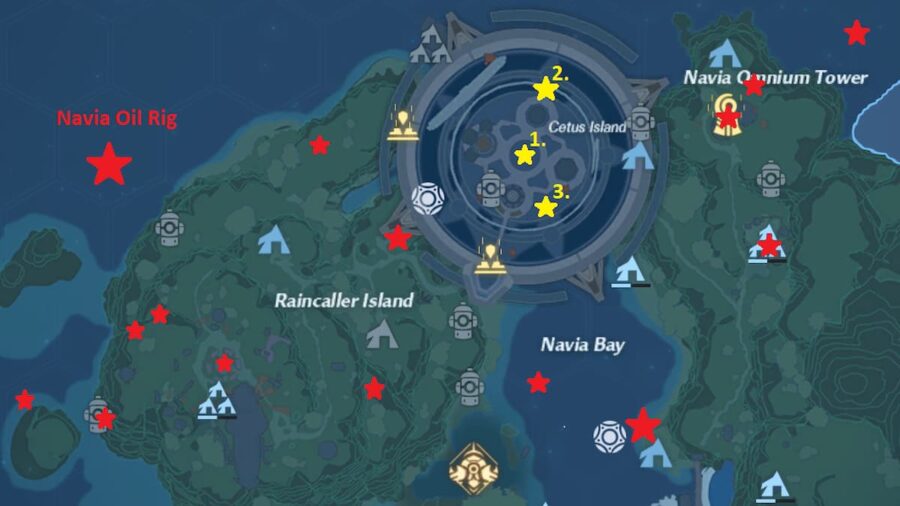