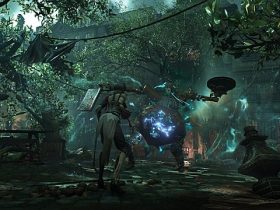 In Clash Of Clans, players will need to build different layouts on each level of Town Hall to protect materials from raids and achieve easy victories in Clan Wars. In Town Hall 9, players will already have two heroes: the Barbarian King and the Archer Queen. Apart from them, you will also get a few X-Bows and various other defensive buildings like Air Defenses, Mortars, Hidden Teslas, Archer Towers, and Wizard Towers. These buildings can be placed effectively to build a base that resists any TH9 army composition.

For bases that work well in Clan Wars, players will need to constantly switch build positions to see what works best against specific clans. For example, if you have an anti-ground attack disposition, then your base becomes extremely vulnerable to air attacks. However, players can build the perfect base that withstands both ground and air assaults with practice. Below are some of the basic layouts we have experienced in the game, and we recommend players use them for best results in Clan Wars. 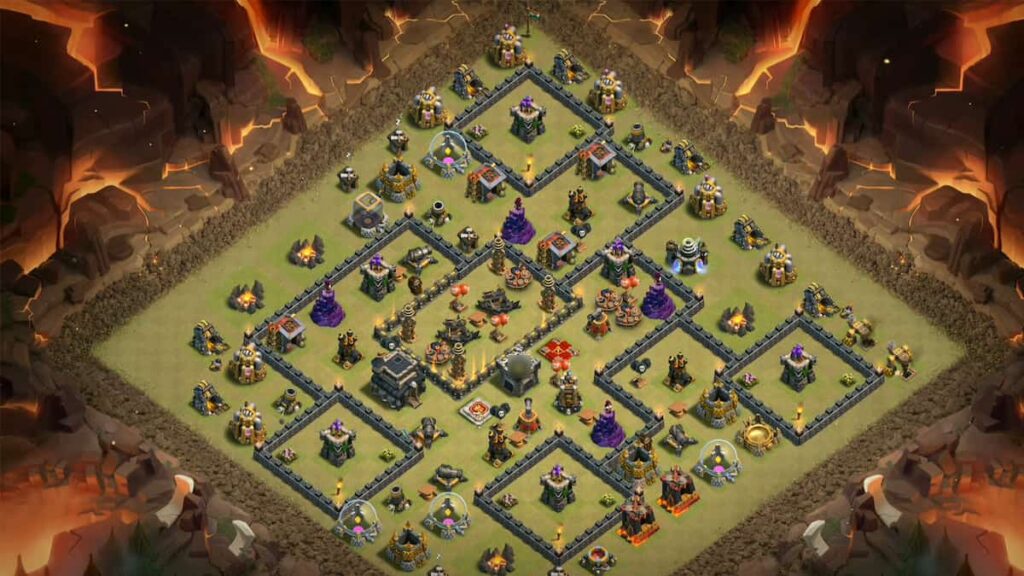 This basic Town Hall 9 setup is perfect for resisting any ground attack from other TH9 opponents. The base has extended Archer Towers to augment, while hidden Teslas and X-Bows reinforce the center of the base. Mortars are placed outside the walls as they directly attract Golems, spoiling any funnel opponents provide. 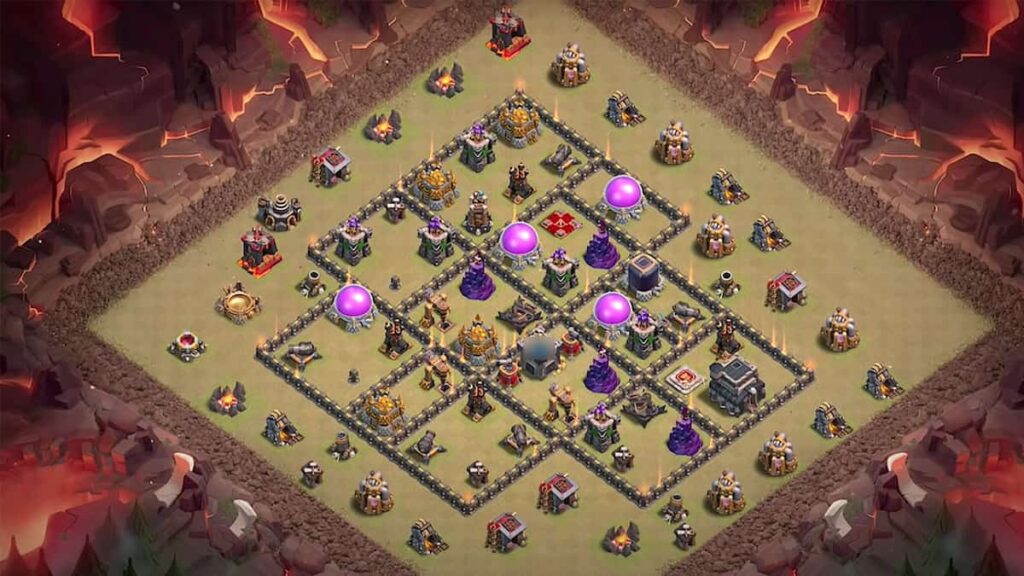 The idea is to place defenses so that even if your Town Hall goes down, the rest of the base will stand, denying opponents a full 3-star obliteration. This layout is extremely effective against Balloons, Dragons, and other air units that other TH9s may use during Clan Wars. 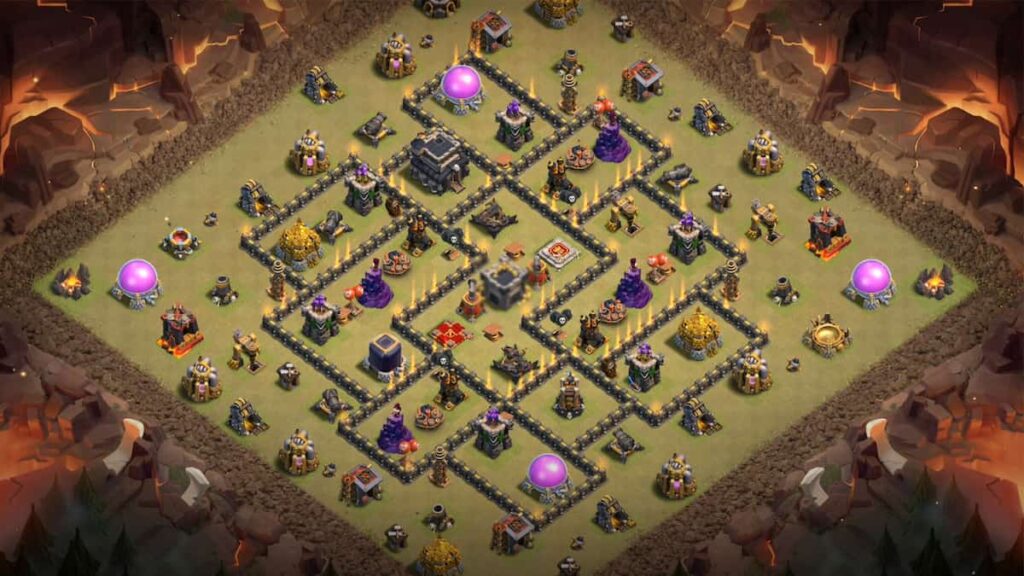 While it’s important to note that a Town Hall 10 opponent can easily wipe out any Town Hall 9 base, this anti-3 star layout pictured above can withstand most attacks from TH9 armies. The base is spread out with several defense buildings outside the walls which will naturally attract Golems and Hogs to traps. The Clan Castle is placed deep inside the base, which is crucial as CC troops are only activated after opponents have cleared the defenses outside the walls. 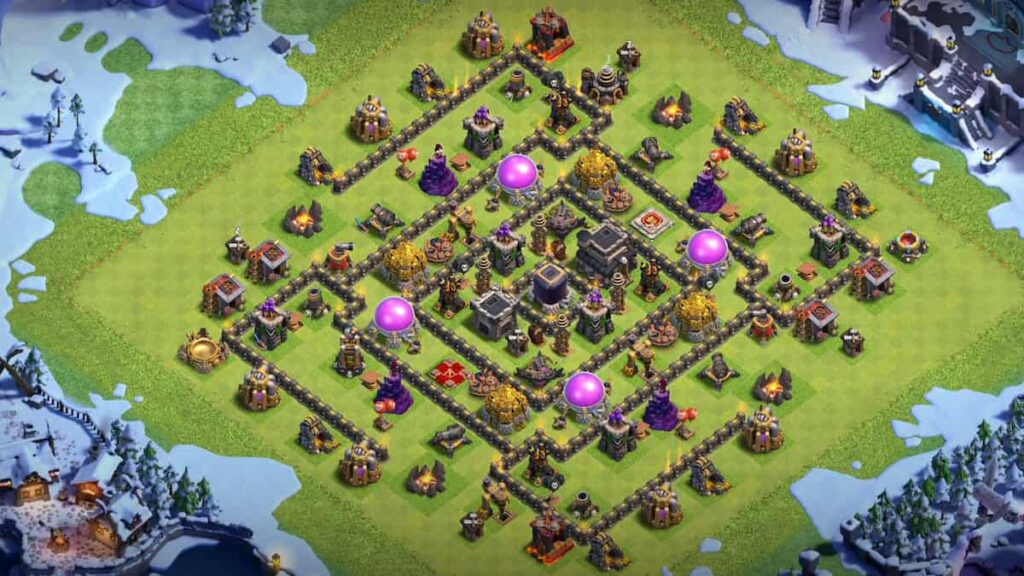 This maze-like layout forces enemy troops to bypass the base instead of penetrating straight into the center. While opposing forces focus on clearing defenses one by one, the Archer and Wizard towers in the center are key to dealing consistent damage. This layout is perfect for resisting attacks meant to drown out your gold and elixir resources. 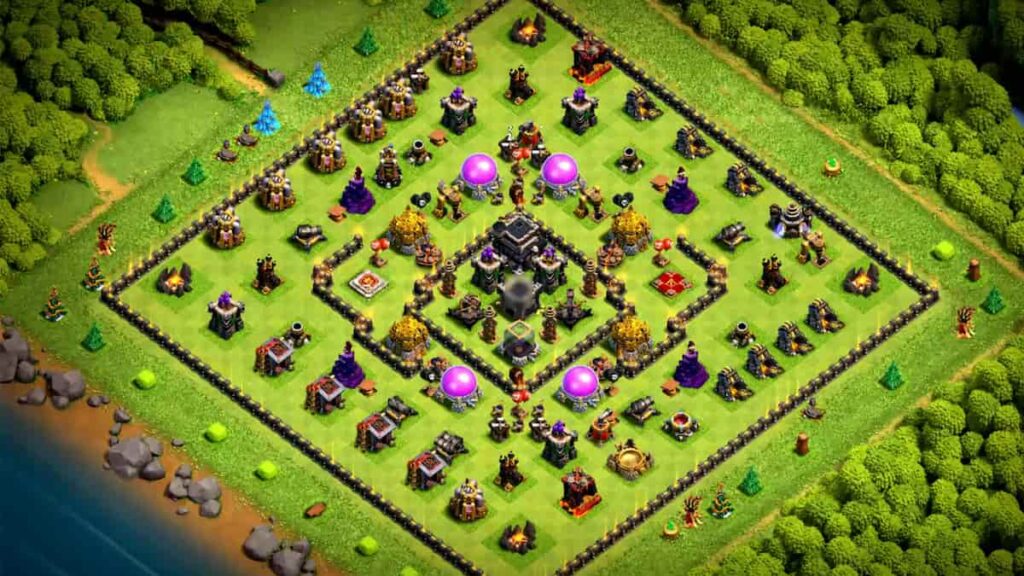 This base is another shining example of a maze-like layout that forces opposing troops in Town Hall 9 to circle. Players can effectively place hidden X-Bows and Teslas closer to the center of the base near the two heroes. This will not only stop enemies in their tracks, but also prevent opponents from easily stealing Dark Elixir.