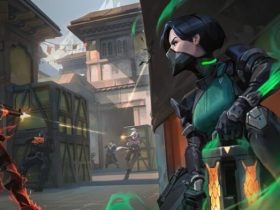 What is a “thrifty” in Valorant?

Omega Strikers is a competitive 3v3 arena sports title in which two teams compete against each other. There are different positions, but one of the most crucial is that of goalkeeper. With multiple characters to choose from, which may make you wonder who is the best goalkeeper character in Omega Strikers.

The goalkeeper is an important position because it is the person who protects your goal and prevents the enemy team from scoring. Some characters are better for this position than others due to their kits. Here are our recommendations for the best goalkeepers in Omega Strikers.

Dubu is easily one of the best goalkeepers in Omega Strikers. Each of Dubu’s abilities are geared towards defending and protecting the goal. Bamboozle is able to block the core and create a small shield. Dubu’s special Tofu Fortress creates an even bigger barrier that is ideal for protecting your objective from enemy fire. Somerassualt is great for closing distance and can even stun enemies on hit.

Juno is a strong defender and goalkeeper as she can set up multiple drops that not only act as shields but can also send the core back the other way. Friend Fling can fire a drop a short distance, allowing you to protect your target from a distance. Blob Bounce is great for moving short distances quickly and also drops a blob into your space. Finally, Make It Rain is a powerful tool when the enemy is rushing towards your objective, as it drops a drop for each enemy in the targeted area.

Luna’s kit is well-suited for offense, but she’s also a solid keeper who can force opponents back in addition to core. WHAMMY can be used to send the core back from a distance and also blast an enemy that might be about to hit the core. BOOST allows you to leave the end zone to push the core back to the enemy side. Luna’s special, CRATER can be used to ward off one goal position while you protect the other.

Atlas is more suited to a defender position, but he can also play as a goalkeeper. His most important ability is his special, Celestial Intervention creates a guardian that heals your allies and can prevent them from being knocked out. Her primaries and secondaries, Astral Projection and Cosmic Expanse, provide an offensive aspect but can also be used to push back core and enemies as they move forward.