In Call of Duty Modern Warfare 2, players will unlock weapons from a wide range of categories, and these weapons can be equipped with various attachments to create a class and loadout. The STB 556 is an Assault Rifle that you’ll unlock later in the game, and it’s one of the best weapons for close to mid-range combat. Modern Warfare 2’s AR category has several weapons, but not all of them are equally effective, and this is where the STB 556 stands out. Here is the best loadout and class setup for the STB 556 Assault Rifle in Call of Duty Modern Warfare 2. 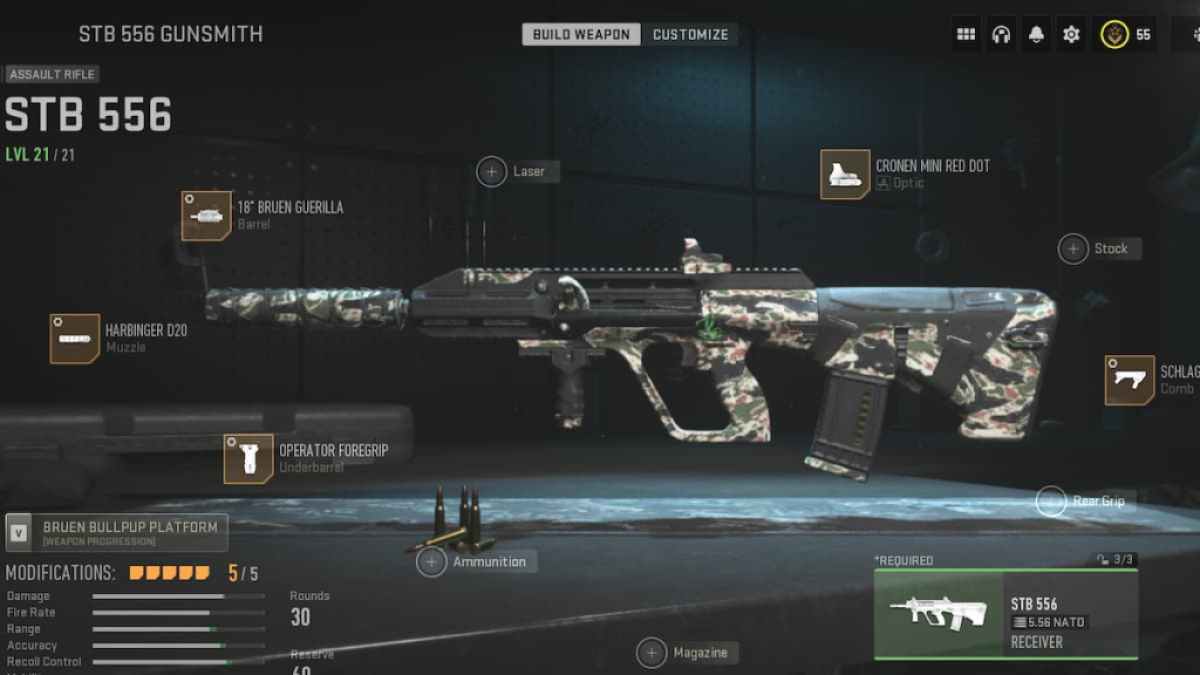 The STB 556 belongs to the Bruen Bullpup weapon platform, and this gun is unlocked once players reach account level 41. It’s safe to assume that players will have multiple attachments unlocked by the time they will unlock this weapon. The STB 556 has 21 levels of progression, and we recommend leveling it up quickly to unlock its weapon setting. Upgrading the STB 556 to levels 11 and 13 will also unlock the MX9 SMG and HCR 56 LMG respectively.

The attachments above are intended to improve damage, range, accuracy, and recoil control while compensating for mobility and maneuverability. The STB 556 is a rapid-fire AR, which means you need good recoil control to get smooth spray transfer over distance. Players can also change the optics to fit the Bruen Q900 rear grip which improves maneuverability while slightly decreasing recoil control.

Once you have equipped all five attachments of the STB 556, you will need to create an appropriate loadout by selecting the equipment. For example, you must choose a secondary weapon. Likewise, you need to equip the appropriate perks, lethal, tactical, field upgrades, and even Killstreaks. The STB 556 is an auto-firing assault rifle, so it’s best to carry an SMG or LMG as a secondary weapon.