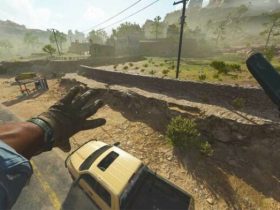 Mew is a ranged attack in Pokemon Unite and benefits greatly from boosting its Special Attack to deal more damage. It is a unique Pokemon that has three different move options for its first and second moves. These moves can also be reset, giving Mew more versatility than any other Pokémon. The best builds depend on the player’s playstyle, and Mew can change it constantly. These are the best Mew builds in Pokemon Unite.

As a ranged attacker, Mew is best played at a distance from enemy Pokémon. His Synchronize ability helps himself and his allies keep a safe distance by increasing their movement speed by 15% each time Mew uses a move for two seconds. He also gains the Move Reset ability at level 5, allowing Mew to reset both of his moves. Each time it is learned, Mew will also load it Unite Move, so it is useful to use it even if players choose the same moves as before.

At level one, Mew will have the choice of learning Electro Ball, Solar Beam, or Surf. Electro Ball has a cooldown of approximately four seconds and will reduce the speed of targets in an area by 40% and increases damage the lower the target’s HP. Solar Beam has a cooldown of around seven seconds and is another high damage move that will cool off faster the more targets it hits. It also gives Mew an additional boost meter, making his boosted attack faster. The surf doesn’t do as much damage but instead stuns enemies. It has a nine second cooldown and grants Mew a shield for three seconds.

At level three, Mew will learn either Coaching, Light Screen, or Agility. Coaching gives allies a shield for three seconds, a 40% increase in base attack speed for two seconds, and can be used repeatedly on uncoached allies within seven seconds of ‘interval. Each time it is used, the cooldown of Mew’s first move is reduced by one second. The light screen buffs Solar Beam, Electro Ball, and Surf when movement passes through the screen. It also decreases the damage Mew takes by 25% and can act as a wall for enemies. When used and reactivated, Light Screen will be fired at Mew and follow them for four seconds. Agility is the simplest of the three moves and allows Mew to dash. It has two charges,

Mew’s Unite Move unlocks at level eight and has a 123 second cooldown. When activated, Mew will become invincible for six seconds and will render itself and all allies within the activated field fully cloaked. Once players are out, the terrain will deal damage to everyone in it. Attacking while stealthed will also remove Mew from stealth, which will require some coordination with teammates to use effectively. 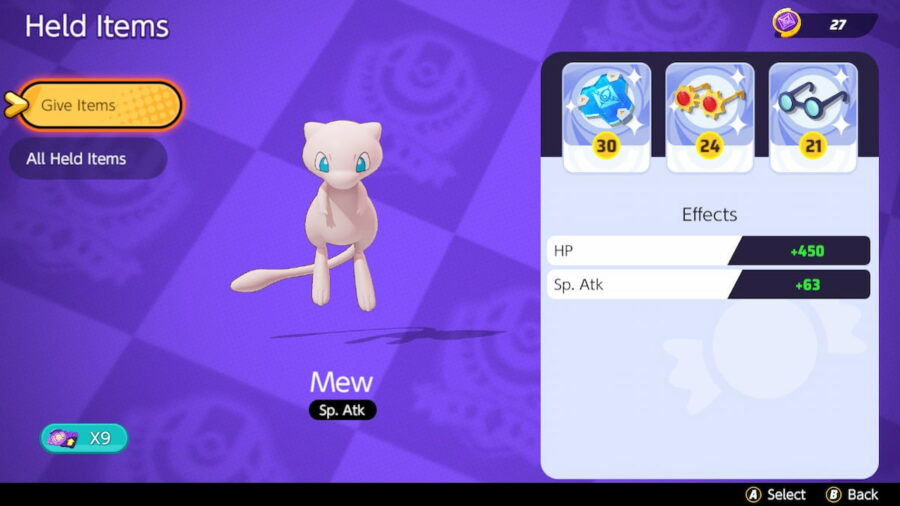 With Mew’s versatility, held and combat items become much more important in determining their effectiveness during a match. Players can opt for an even build to ensure Mew survives more encounters or opt for full damage to take down Pokemon quickly and efficiently.

Of all the builds Mew can use, high damage is common to all of them. No matter the build, Mew should stay in the back. A melee attacker can down Mew quickly. Mew players will find that hiding in the grass will give them good results in taking out already weak Pokemon or taking out out of position Pokemon.

Mew’s strongest move combinations are Solar Beam and Light Screen. This is mainly due to Solar Beam’s range and ability to attack multiple targets at once. On a full DPS build with Choice Specs, Wise Glasses, and Shell Bell or Sp. Atk Glasses, Mew becomes one of the deadliest Pokémon to encounter from a distance. X Attack only makes them more powerful, especially in the late game when Mew’s special attack peaks.

When playing with a team, Surf and Coaching can become very powerful when dealing with high DPS Pokemon. The extra shield on each ally is great for Coaching while Surf can be used to stop enemies from running or using their moves and scores. Resetting these moves after shields are applied is also a viable strategy, giving Mew the chance to DPS after giving his allies what they need. Focus Band, Choice Specs, and Wise Glasses are a great combination for dealing damage to Mew and the ability to survive an encounter, surf to hinder opponents, and heal themselves when they can’t act.

Any combination of moves chosen by Mew can be reset with a 20 second cooldown. As long as players know what their moves are doing, they can adapt to the situation when they need to. In team battles, Mew can start with Surf and Light Screen to disrupt enemies and quickly switch to Electro Ball and Agility to catch up with any Pokemon that tries to run away.