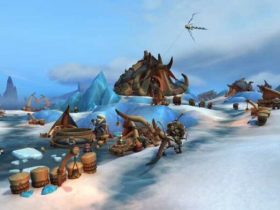 How to Add Sockets to Collars in WoW Dragonflight

Exploring Dark and Darker dungeons is a dangerous business, and being able to revive your teammates can be very useful. Luckily, there are several ways to revive your party members.

Our guide will give you tips on how to revive players in Dark and Darker, including both working methods.

Use the Altar of Resurrection

The most common way to revive your teammates is through the Altar of Resurrection, which is one of five types of shrines that can be encountered inside a dungeon in Dark and Darker.

Here’s what you need to do to revive a player this way:

The process will remove some of your own health, but it will transfer to the revived player.

Use the Cleric class

Cleric is the only class in Dark and Darker that can revive players without the Resurrection Altar. This becomes possible once players equip the Requiem perk.

Note that you could only equip four perks in the last alpha, starting with your first perk at the start of the game and adding a new one every fifth level, with the cap being level 15.

Follow these steps to revive a player using the Cleric class:

The spell can take 20-30 seconds, but if you release the cast button, the spell might not complete, so hold it down until your teammate fully revives. Also, try not to move or pick up the Soul Heart while casting the spell, as this may interfere with the process.