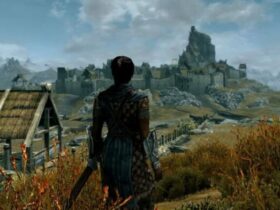 Skyrim: In a Time of Need Quest Guide

In case you missed it the first time it happened a few weeks ago, Bungie is removing its API in order to stem a flood of error codes plaguing Destiny 2. That means services such as Bungie’s official companion app and many third-party sites and services like Braytech.org and Destiny Item Manager are also down.

The news came from the official Bungie Help Twitter account about a day after players started experiencing a host of issues. These range from disconnects to untracked triumphs and revoked rewards. The problem was followed by faulty code with the new Zero Exotic revision. Rather than disable the new Exotic and Operation: Seraph’s Shield Weapon, Bungie opted to disable the API instead.

This is the second time in a month that Bungie has taken this drastic step. The community is… less than happy with this course of action. This is largely because rather than having a competent item manager and in-game matchmaking system for many activities, Bungie has relied on third parties to fill this void.

What’s even more concerning is that the issue has not only popped up twice recently, but it’s close to the release of the Lightfall expansion which is supposed to have additional features like in-game matchmaking and loads. Fans are understandably upset and have had their trust in the developer shaken. Hoping this is the last time this happens.

As the team continues to investigate issues causing numerous error codes, the Destiny API will remain offline. We’re currently aiming for a patch early next week, but will provide additional updates when possible.

For more Destiny 2 goodies, check out What is Good Boy Protocol in Destiny 2? on ps4 games tips.