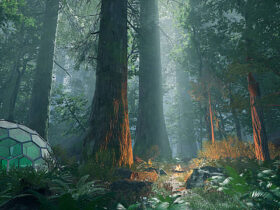 The King’s Fall Raid is back in Destiny 2, and with it comes the Touch of Malice Exotic Scout Rifle, reborn for a new sandbox. Somehow Bungie managed to make it relevant seven years after it was first introduced in a game so completely different from its source material. The only big change is how you get it.

This guide will walk you through how to get your hands on this coveted rifle, as well as how to use it and its exotic trait: Charged with Blight. There’s only one way to get Touch of Malice in Destiny 2: as a random drop from the Oryx Chest after completing the final King’s Fall Raid encounter. You have three chances to get it per week, provided you have three characters capable of running the Raid.

Unfortunately, there is no way to increase your chances of falling and there is no protection against bad luck. It all comes down to your RNG. Some players will get Touch of Malice on their first or second completion; some players will take dozens or more. With King’s Fall taking just over an hour for most casual fireteams, that could mean hundreds of raid hours or just a few before the Exotic drops.

Once you get it in your hands, you might find it was worth it.

How Touch of Malice and Charged With Blight work Destiny 1 veterans will be pleased to hear that Touch of Malice works the same way as the original version. You can fire 10 times normally, but when the weapon has only one bullet left in the magazine, it will start to drain your health and shields to power up additional shots. You can kill yourself with the self-inflicted damage, but the last round deals double damage until you reload.

The real kick is the new exotic trait: Charged with Blight. Each precision hit adds Blight stacks. When you reach 10 stacks, you can hold Reload to charge Touch of Malice with that energy. Firing once the weapon is loaded – your character will physically stop the spinning rings in the middle of the weapon – sends out a burning projectile.

Touch of Malice in PvE

Even better, the Blight debuff doesn’t have to come from your Touch of Malice. Any player in your instance with the weapon equipped who hits an enemy with the Blight triggers the debuff. Coordinating with your squad to heal yourself and debuff enemies means you can sustain 150% damage indefinitely.

Touch of Malice also benefits the other Weapons of Sorrow – Thorn and Osteo Striga – by adding a few extra points of damage on top of what’s already there. Unfortunately, none of these weapons are top-notch DPS material, but it’s a good idea.

Touch of Malice in PvP

All of these effects are all mitigated in PvP, where the main damage increase is only 30% instead of 100%. Blight debuff only adds 15% instead of 50%, but Touch of Malice in fully enabled PvP takes just over half a second to kill.

With all of these mechanics combined and under the right circumstances, Touch of Malice is a terror no matter where you use it. It won’t replace Gjallarhorn and five other well-rolled rocket launchers for DPS, but that’s not necessary. An Exotic main weapon like this doesn’t come around often, so cast King’s Fall as often as it takes to get your hands on it. Check out our other Destiny 2 content while you’re here, including a full walkthrough of the Duality and Grasp of Avarice dungeons and God Scroll guides for the Stormchaser and Eyasluna. Our guide center has much more.