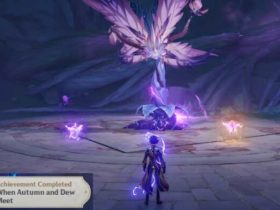 There are several types of units you can control in Starship Troopers: Terran Command. Each has unique actions, and they might even turn the tide of battle depending on the situation. With this in mind, it is important to know the units, their skills and their abilities to choose what is ideal for your squads. This guide describes them.

Your units in Starship Troopers: Terran Command will unlock skills once they reach level 3. A small star icon in the unit panel will appear, letting you know that an upgrade can be selected, and you can only choose one from the available options. Also, these skills don’t carry over to subsequent missions, as you don’t necessarily keep the same squads throughout the campaign.

Rifle Troopers units are your front line squad equipped with automatic rifles. They can easily deal with weaker Arachnids, but would be chewed up by tougher variants.

Although outnumbered by your usual squad of soldiers, your combat engineers are armed with flamethrowers that will make them useful in tight choke points.

Although these units consist of a two-person team, snipers can easily take out weaker targets from a distance, especially annoying Spitter Bugs. They’re also pretty useful if you want to move around the map stealthily or want to distract your enemies.

The Tactical Officer is a support unit in Starship Troopers: Terran Command that has buff abilities.

The Radio Operator is another support unit that provides buffs and utility effects for your team.

The first of your hard hitting specialist units, by default, Rocket Troopers have powerful missiles that can shatter the shell of tougher targets.

Much like your rocket-armed troopers, MK.II troopers use grenade launchers that are effective up to medium range. They can make minced meat from deadly tigers and horde swarms.

E-Pulse Troopers are armed with unique energy rifles that are great against opponents in light and medium armor.

Liaison with the fleet

The Fleet Liason is a unique character, so be sure to take care of them. They will often head to the front of the party when fighting as they can only use a pistol.

Your Rifle Troopers have done their part, and now they have the best the Federation has to offer: Powered Suit Troopers.

These gargantuan mechs are some of the best units in Starship Troopers: Terran Command. M-11 Marauders are also heavily armored, meaning they can take hits. They can also be equipped with a Gatling gun, flamethrower, or howitzer, though they still consistently shoot enemies with a machine gun attached.

These are all the units and their skills and abilities in Starship Troopers: Terran Command. To continue the fight against the Bugs, you will need to know how to call in reinforcements. It is also useful to know how True Line of Fire and True Line of Sight work. Capturing outposts is also important knowledge.