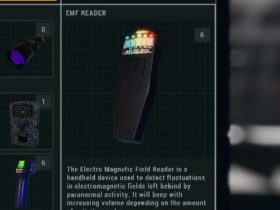 How to Use EMF Reader in Phasmophobia

The four Belfries of Elden Ring is a location that leads to three other Midlands locations, including the Chapel of Anticipation, the game’s opening area. There you would have fought the Grafted Scion and likely lost.

When you reach the Four Belfries, you’ll have many more tools and abilities, and revenge can be yours. You can also visit the maiden in the opening room to collect blood for the Varre questline, and there’s even a Spirit Ash here. This Elden Ring guide will tell you how to get to the four belfries.

Location of the Four Belfries

You will find the four belfries in the northwestern part of Liurnia of the Lakes. From the lake-facing cliffs just outside Castle Stormveil, travel north to northwest. Do not hug the western part of the lake, as this will lead you to the Alburnaurics village, which is not your destination.

Stay by the water, through the Soggy Crystal Forest, and west of Raya Lucaria Academy in the middle of the lake. You’ll eventually reach a part of the sunken city called the Temple Quarter, just southwest of the Academy. 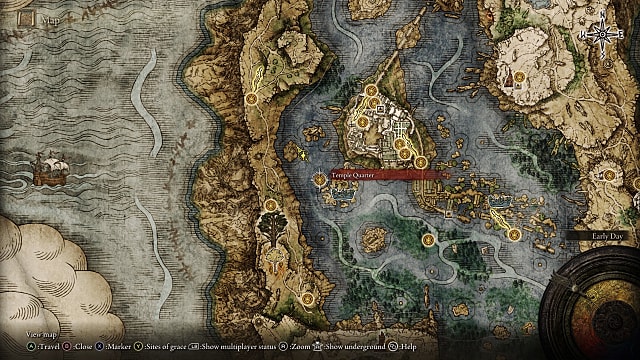 You’ll be able to see the four belfries up the hill to the north on a clear day, but rather than heading straight for them, keep going northwest until you hit the coast. 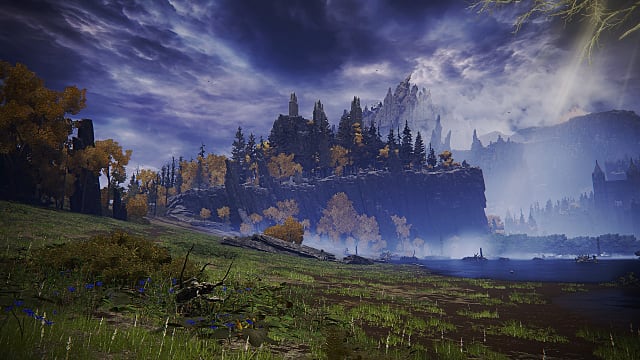 At the bottom of the hill below the belfries is a site of grace and a path leading to the right through dense forests. You will now head northeast and go in the right direction if a ghostly, headless troll with a large sword appears and attacks you. He can teleport in front of you, so be careful.

Keep taking the path north, and eventually it will turn left (west), and you’ll see the Four Belfries area marker appear in the middle of your screen. Keep going up the hill until you reach the highest belfry. Beyond that is the official site for the Four Belfries of Grace, which you should grab for easy access later.

Where every belfry portal takes you

At the top of the Belfry is a treasure chest containing an Imbued Sword Key, which you can use at one of the Belfry’s lower portals to reach various locations in Elden Ring. To activate all three, you’ll need additional Imbued Sword Keys. From the lowest steeple to the highest, they lead to:

That’s all you need to know to find the location of the four belfries in Elden Ring and where the portals can take you there. We’ve covered many other Elden Ring topics here, including how to get the Blasphemous Blade, complete Ranni’s questline, and most recently finding and beating Magnus the Beast Claw.