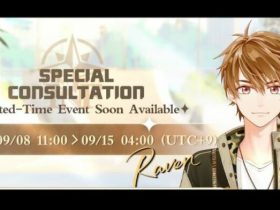 Rot Lake is a horrible place and you’ll never want to go back there once you’ve been there. Luckily, you only need to visit Miserable Lake once, unless you’re dropping loot untraceable or liking Miyazaki’s Poison Swamps for some reason. Either way, getting there is quite a process, though necessary to earn all of the Elden Ring endings and a few other nice little bits of loot.

This Elden Ring guide will walk you through all the steps to reach the Lake of Rot, where you can pick up the Dragonscale Blade katana, among other things.

The Lake of Rot is a necessary destination as part of Ranni’s questline and is inaccessible without entering his service. We have a full guide to Ranni’s questline accessible via the link at the bottom of the page if you want to know all the steps, but here we’re only discussing what you need to do to reach the area itself. 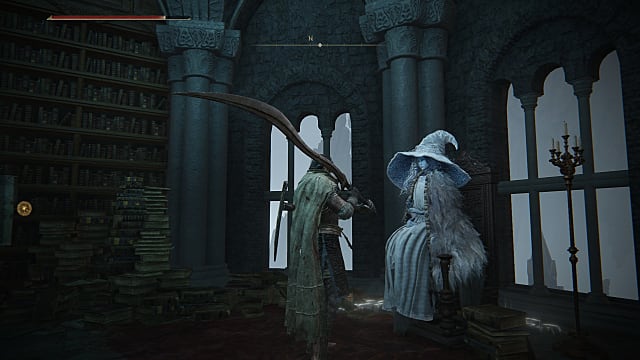 Head to Caria Manor in the far northwest of Liurnia of the Lakes and clear it, including the boss fight against Royal Knight Loretta. Meet Ranni at Ranni’s Rise at the western end of the area behind the mansion. Enter their service when prompted. 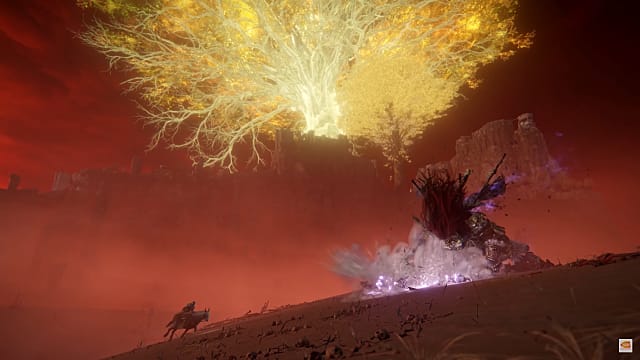 You need a Nokron item to progress through Ranni’s questline, and you’ll only reach this area by releasing the shooting star Starscourge which Radahn is holding at bay. His Castle Redmane is in the southeastern part of Caelid. We have a guide on how to beat Radahn here.

Stage 3: Cross Nokron to the Hallowed Ground of Night 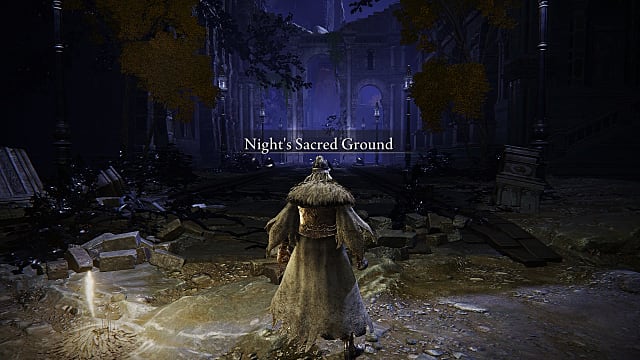 After defeating Radahn, the Shooting Star will make a giant hole in southern Limgrave. Drop down there and head towards Nokron. Defeat the Mimic Tear boss once you reach the town proper, then stick to the left of the bridge past the arena. Keep the cliff to your left, and you’ll eventually have a corner with a grace site, and beyond that you’ll platform across the rooftops leading into town.

There’s only one path to follow, so keep going until you reach a long hallway with a grace site at the start. At the end of the passage is a room with a chest containing the Fingerslayer Blade. 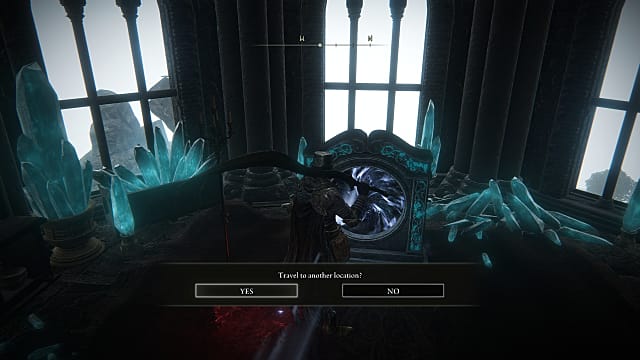 Return the Fingerslayer Blade to Ranni and exhaust his dialogue, then rest at Grace in her Rise. From there, head north to Renna’s Rise, and the seal on the door should be gone. Climb the ladder and take the teleporter to the top of the Rise.

You will come to the Ainsel River Main and a shiny object will be nearby. This is Ranni’s thumbnail. Rest at nearby Grace’s site and select the “Talk to Miniature Ranni” option three times at the bottom of the menu. This advances his questline. 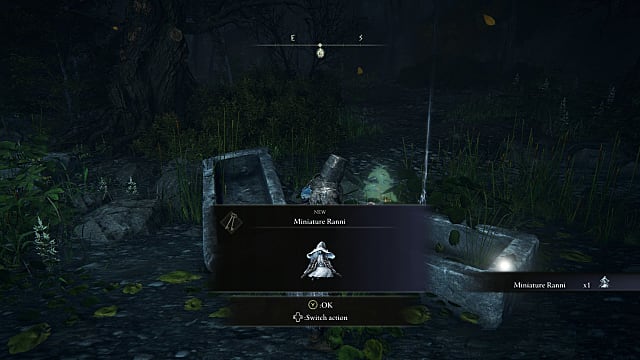 Head west from Ranni’s doll’s resting place, past the ants and behind the little Astel beast throwing purple rocks at you. Head down the path and you’ll reach a barrier wall with a starry sky behind it and an elevator to your left. Take the elevator. Beyond the upper elevator chamber is Nokstella, the Eternal City.

Stage 5: Progress across the shore of Nokstella 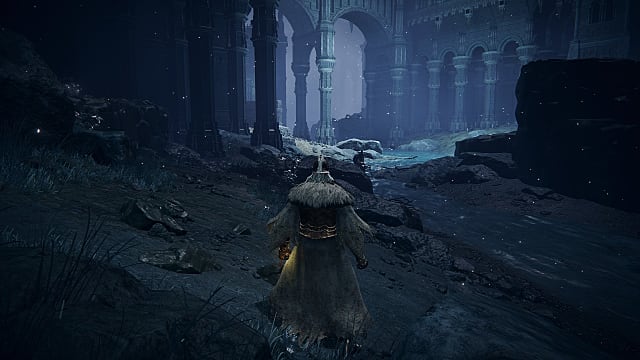 Nokstella is a beautiful area, but to reach Rot Lake, stay on the riverbank at the bottom of town until you come to another lift.

Go down it, rest at the site of grace outside the lower door, and move forward. If you talked to the Ranni doll, you will fight an invading Baleful Shadow NPC. Defeating him gives the Rejected Palace Key.

Just beyond the Baleful Shadow arena is a final elevator, which when taken leaves you on the shores of the Lake of Rot.

Progressing through the Lake of Rot is awful, though necessary to complete Ranni’s questline, so check out our full guide for more. We’ve also covered other questlines here, including Yura, Thops, and Gurranq. Our Elden Ring guides hub has much, much more.