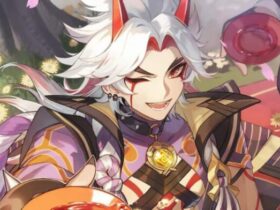 The Rhythm that Leads to a Dark Path is a Sumeru World Quest that is part of the Aranyaka: Part II – Dream Nursery World questline. After getting rid of the wither inside the dark path in the woods, you will be asked to investigate the trees inside the Hall of Ashvattha. Arama will then invite you to enter the Vasara Tree Dream in order to find the Vasoma Fruit. 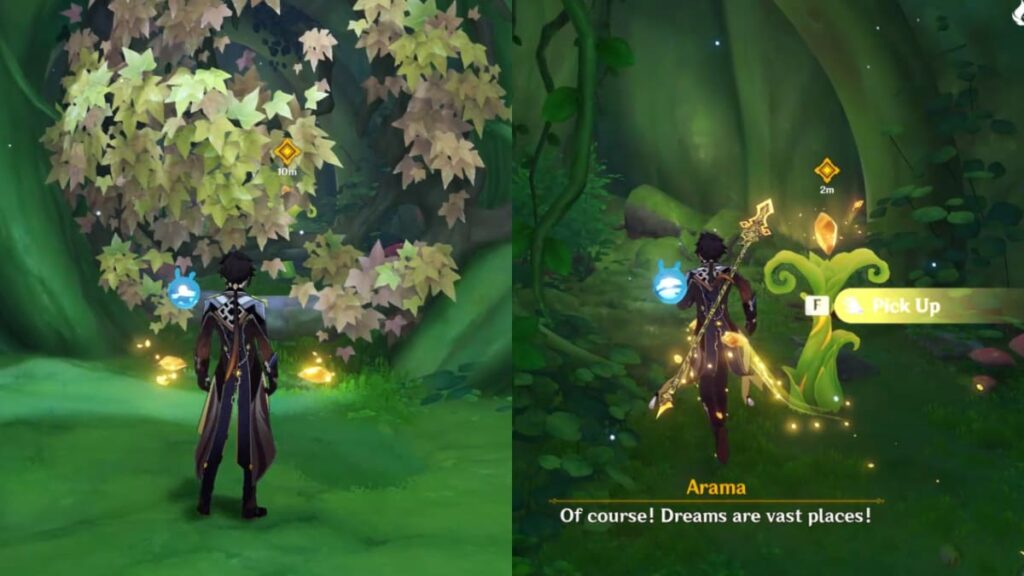 Follow the quest marker to the giant tree at the bottom of the cave, then interact with the glowing inquiry point to engage Arama in dialogue. Be sure to prepare a battle-ready team, then select the dialogue option (Reach out to the Vasara tree…) to be teleported to the domain.

Inside the Estate, get rid of all the mushrooms in the clearing to unlock the first Primordial Rosine. Don’t forget to interact with the plant to pick it up! Once done, use the Vintage Lyre in front of the hollow tree to play the Rhythm of the Dark Path: mi > re > mi > re > la. Go through the portal and complete the Dendrograna archery puzzle. The Auspicious Branch is inside the cave on the right – make sure to defeat the mushrooms on the way.

After completing the puzzle by shooting the floating objects with Dendrograna, the barrier blocking the Primeval Rosin will disappear. Interact with the plant to get the second primitive rosin. Then enter the cave next to the portal. 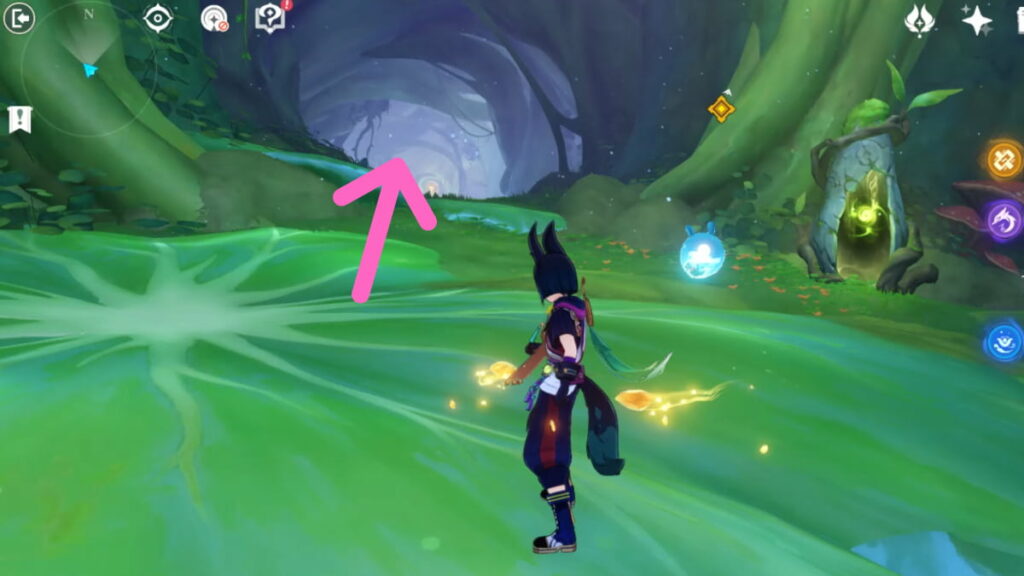 Mushrooms will spawn in the clearing inside. Beat them all and, again, use the Vintage Lyre in front of the hollow tree to play the rhythm of the dark path: mi > re > mi > re > la. Go through the portal and interact with the mushroom in front of you to make a bridge appear. Cross the bridge to the other side. 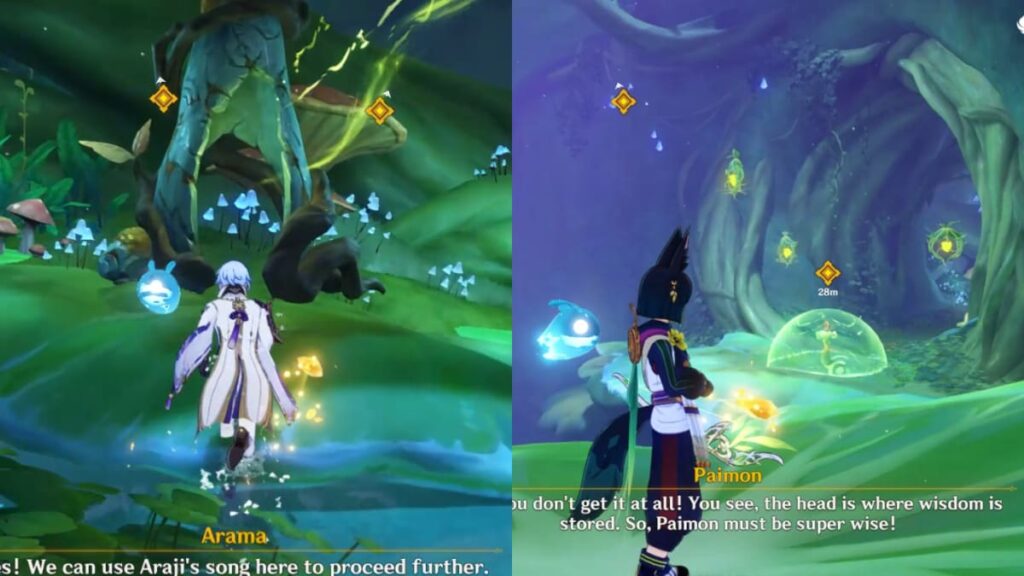 You will land in front of some bushes. Use a normal attack to get rid of the leaves on the path, opening the way to the third and final primitive rosin. Don’t forget to pick it up! Once done, interact with the mushroom to spawn four leaf seals. Use the Four Leaf Seals to propel yourself upwards, until you reach the orange door. 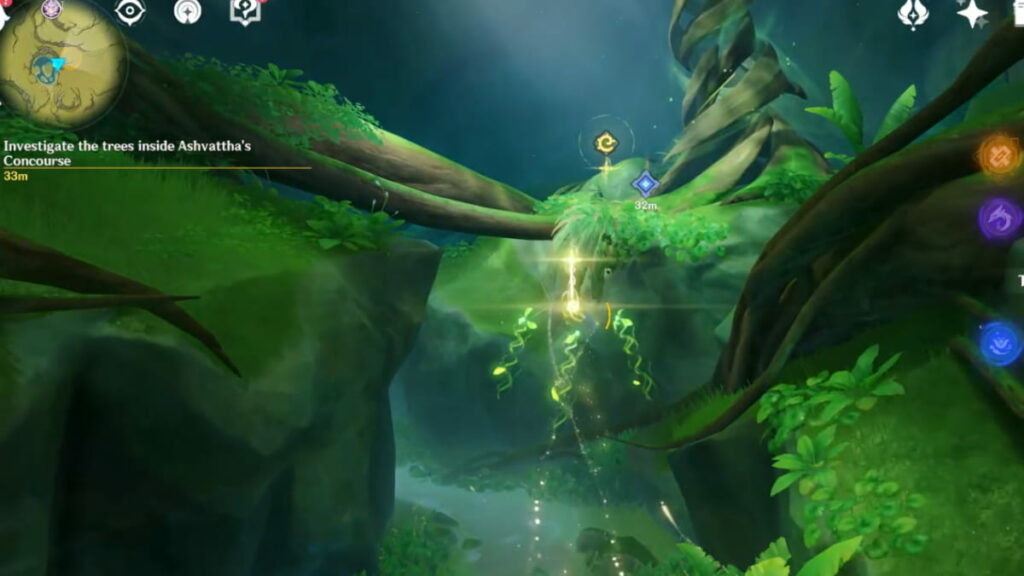 Stand in front of the orange door until all three Primeval Rosins fuse with it, then interact with it to activate it. Enter the path that will open up and defeat the Cast Nightmare, as well as the other mushrooms that appear. Once you’re done, pick up the Vasoma Fruit next to Arama to complete the World Quest.