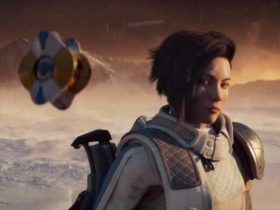 Who is Ana Bray in Destiny 2?

God of War Ragnarok continues on the path set by its predecessor, providing players with new and challenging obstacles to overcome. One such feature that the God of War franchise is known for is the famous boss battles. The latest installment continues to bring us challenging and varied bosses to beat from the Nordic pantheon.

Top 5 Hardest Bosses to Beat in God of War Ragnarok

This dynamic duo of Valkyries will give you a throwback to the previous game, reminding you how hard they were to beat. They use both ranged attacks and heavy melee attacks to fight Kratos. Expect to be attacked from multiple sides here, so defensive play is a preferable strategy. This boss fight will be a two-stage challenge, so it would be wise to prepare accordingly.

Odin is the nemesis of this installment of God of War, and the game very effectively sets the mood for the final fight with him in a harrowing sequence that takes place just before. He’s not a murderer like previous bosses in the game, but a real trickster, relying on magic attacks and trickery to hurt Kratos. There are several rounds in this boss fight, with the last one ending in his study, where you can finally give him a good beating.

Nidhogg is a giant snake that gnaws at the roots of the World Tree, Yggdrasil. Freya interacting with the roots of the tree will wake him up, forcing you to fight. There are several stages in this fight, the first being with Nidhogg stuck inside the rift. During this phase, he will bite and scratch Kratos. Nidhogg is a formidable opponent with unique attacks and can deal Bifrost damage to Kratos, so be prepared. Try to learn the attack patterns as soon as possible because it will be much faster in the third stage.

King Hrolf Kraki is a berserker king and optional boss fight in Midgard. To fight him, you must first defeat all the other berserker bosses. King Hrolf integrates their attacks and defenses but is more aggressive. Dodging and pairing are imperative during this fight, as the Berserker King will actively attempt to break through your blocks to deal massive damage. Its attacks also incorporate elemental effects, such as fire, frost, shock, etc. Before the fight, train and equip your chosen rune ability to maximize your chances of success.

Valkyries are notoriously difficult to deal with in the Norse God of War series, and this part gives us a Valkyrie Queen Gna and a boss fight to remember. Beating the Valkyrie Queen won’t be easy, even with maxed out gear and stats. Players have reported having trouble memorizing his attacks, which are very unpredictable. They’re diverse and fairly quick, giving you a small window of time to dodge them, and they’re all very damaging. You can’t block most of them, so you’ll have to memorize them so you know how and when to avoid them. The most effective way to damage Gna is to dodge his long-range attack or parry his wide-wing attacks, immediately retaliating with a quick combo.