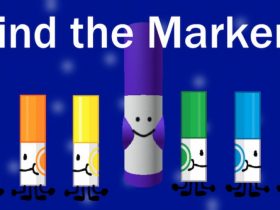 How to get the Error Marker in Find the Markers – Roblox

Return to Monkey Island is a faithful continuation of the series, combining plenty of humor with point-and-click puzzles on the high seas. You once again take on the role of Guybrush Threepwood as he enters into a battle of wits with the old enemy LeChuck on their seemingly endless quest to find Monkey Island’s secret. In a surprising twist, it turns out the secret has always been hidden in a locked chest – which needs five keys to unlock. So how do you find all five Golden Keys in Return to Monkey Island?

How to Get Old Mrs. Smith’s Golden Key in Return to Monkey Island – Casual Mode

Getting the first golden key is easy. Just see the locksmith, who tells you his mother was called Old Mrs Smith – and she left the key in her will. Talk further with the locksmith and she will agree to give you the key. While you’re in town, be sure to get a map of Wally’s Sea.

How to Get Old Mrs. Smith’s Golden Key in Return to Monkey Island – Hard Mode

Talk to a locksmith to get Old Mrs. Smith’s golden key on hard mode. Tell her about her mother and the Golden Key, and she’ll tell you the key is gone, but you’ll get a Probate Order. To get this key, you will need to get some limes that can be found on Scurvy Island, where the Elene is. She’s also a Chum, but that’s not important right now.

Now that you have limes, head to Brrr Muda, complete the customs form and enter the city center. Head left until you find the courthouse and the judge inside. Give him the Probate Order, and he’ll give you Old Mrs. Smith’s Golden Key.

Sail to the island of terror and go to the unlucky place to collect the silver key. Then head to the mysterious clearing and pick up the lamp. You can light it by using it with any fire, like the torches from LeChuck’s ship or the matches from Brrr Muda’s castle.

Now head down the twisty path to Terror Island. At the end of the path, look then take the sign indicating xyxxy. This will reveal a keyhole. Use the silver key to enter the dark cave. Once inside, use the lamp to enter the maze. Inside, only use the exits that aren’t marked with an X. You’ll come to (and fall into) a hole, where you’ll find Mr. Toothrot – and a golden key. Once you pick up the key and it’s dark, use the xyxxy sign to be transported out of the cave. 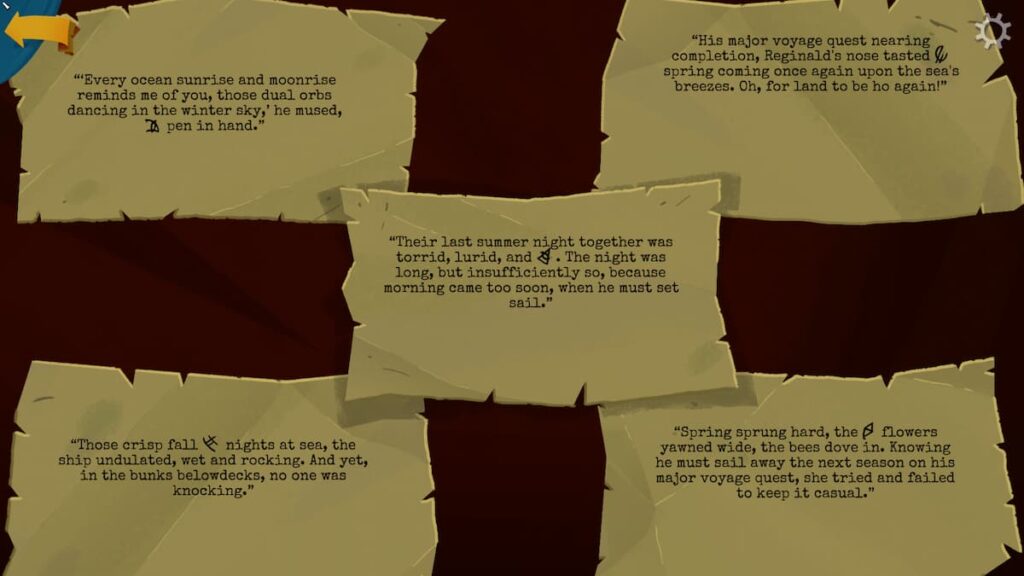 To get the Terror Island Golden Key on Hard Mode, use the walkthrough for Casual difficulty until you reach the maze. When you enter it, walk through the corridors until you collect five notes. Each describes one of the signs of the labyrinth. To successfully cross, enter the rooms with signs in the following order: Spring, Summer, Fall, Winter, and Spring 2 (“e” symbol). If you get stuck, the magic sign will take you outside.

Here you will find the golden key on the left and Mr. Toothroot. After unsuccessful negotiations, you will fight. The lamp will turn off, leaving you in complete darkness. All seems lost, but luckily you have the magic sign. Use it to get out of the cave. Congratulations, you now have the Golden Key to Terror Island!

Widey Bones told you that you had to have two more keys before she would make a deal with you. However, once you have two keys, you will find that LeChuck’s crew has taken them from him. Luckily, he’s just sitting on the boxes outside of LeChuck’s quarters on his ship – you need to dock with the ship and grab it.

To get Widey’s golden key on hard mode, talk to Widey and she’ll tell you the hackers are taking the key. Return to LeChuck’s ship and head to the slipway (the same slipway you escaped from earlier). You will see that one of the chickens has swallowed the key. Feed the chicken the food and exit the lower deck. Come back right away and you’ll see that the chicken has “released” the key, as well as the poop. Pick up Widey’s golden key.

You can combine getting this key with the one from Brrr Muda below, as you will have to go there multiple times to get this one. Talk to the old pirate captains in the fish shop and they’ll tell you that Bella Fisher had a secret fishing spot that she left a clue about. The clue is on a flag on the drifting ship which you can see on the sea map, but the ship has an outbreak of scurvy and won’t let you on board.

Go to Scurvy Island and head towards the camp. Take Elaine’s photo and read the note that tells you which lime grove she is in. Find her in the Lime Groves, get the Scurvy Flier from her, and grab some limes. You will discover that a seagull has stolen a photo of you. Look on the Scurvy Island map and you’ll see a bird’s nest on one of the lime groves (to the northeast). Go there to retrieve Guybrush’s picture.

Unfortunately, Elaine’s flyer is boring and needs a salesman’s touch. Go to Brrr Muda Ice Quarry and find Stan. To enter the career, you will need a photo of Stan. You get it from his old hut on Melee Island, where you’ll also find his toothbrush. Just combine it with Guybrush’s in inventory. Once you find Stan in the quarry, show him Elaine’s flyer.

He can help but needs to talk to her in person to improve it. He doesn’t want to escape prison, because her sentence is only one month – and she won’t leave Scurvy Island. Talk to Stan, and he’ll give you a copy of the month-old court judgment while telling you about his accountant, Ned Filigree.

You will find Ned on Barebones Island. Show him how short Stan’s sentence is by giving him the court judgment. He will panic and give you Ned’s financial records. Take them to Judge Planke in the Brrr Muda court building, and he’ll change Stan’s sentence to 10 years.

Bring the new decree to Stan. Once he sees it, he wants to escape – but you have to remove his chains. Use the double monocle to get the serial number to get a key from the locksmith on Melee Island. Stan will now accompany you to Scurvy Island and upgrade Elaine’s flyer. Take the New Scurvy Flier and show it to the crew of the drifting ship. They’ll let you on board and you can grab Bella’s flag from the mast. Combine it with the sea map to find Bella’s secret fishing spot, then go there to collect her golden key.

To get Stan out of jail on Brrr Muda Island on Hard Mode, you’ll need to prove to the court that you’re Stan so you can receive a new court order. To do this, look at Ned’s financial records in the inventory. Stan’s license is going to give up. Use it with a photo frame to associate the license with your photo. Show it to the judge, and he’ll give you a court order to punish Stan more severely. After that, release Stan in a manner described for Casual difficulty.

You will need to combine three flags to get the correct coordinates for Bella’s secret fishing spot.

Now combine three flags to find a spot. Travel there, blow into the puffer fish you won in the burping contest, use the anchor to jump into the water. Halfway through, open the inventory and take the oxygen from the fish. Continue to the bottom of the ocean, where you’ll find Bella Fisher’s Golden Key on the right side of the abandoned ship.

Go to the top of the Ice Castle on Brrrr Muda and talk to the Queen. You must defeat her in three challenges to become queen, which will earn you her crown – and the final golden key. Here’s how you beat each challenge:

You should now have all five Golden Keys. Now get ready for the showdown with angry LeChuck! If you need more info on Guybrush’s adventures, check out What’s the Difference Between Casual Mode and Hard Mode in Return to Monkey Island on hackgames4.com.