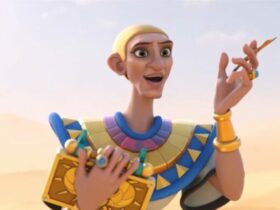 Best Commanders in Rise of Kingdoms

Roblox Battles Season 3 is finally here and underway! For those unfamiliar with Roblox Battles, this three-week event invites some of the best YouTubers/Roblox creators to come together and compete for the RBB Championship prize. While the tournament is active, home players can join in on some of the fun by participating in various mini-events and earning a handful of exclusive badges and items. One of those items, the RB Battles Soda Cup, caused a stir within the Roblox community because it’s technically advertised as free, but there’s a catch.

How to Unlock the RB Battles Soda Cup Avatar Item

Unlike all other free items from RB Battles Season 3, the RB Battles Soda Cup is not obtainable by everyone – access to this item is exceptionally limited. That’s not to say this item isn’t free (it technically is), but it can only be obtained through an exclusive promo code. The codes for this article were distributed to a variety of Roblox YouTubers by Roblox itself to then be passed on to their fans, but, even still, these codes are few and far between.

As we announce each Semi-Finals video with a tweet, we will randomly choose 4 retweeters per tweet to DM a SODA CUP CODE! All you have to do for a chance to win is retweet every video announcement tweet and follow us!

Thanks to @Roblox for the codes! 🏆 pic.twitter.com/EHQUM4V9He

🥤 RB BATTLES SODA CUP GIFT CODE! 🤩
I WILL DONATE x2 WITH THIS POST!

To enter, just comment something and follow me so I can DM you if you’re lucky enough to be randomly selected! pic.twitter.com/CLumpjjsZJ

If you’re lucky, you might be able to participate in one of the official giveaways, but only a handful of winners are selected each time. Don’t worry, though, there are plenty more free items where that came from! Check out our full list to learn more!