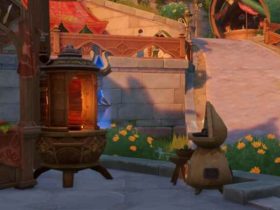 One Piece Odyssey is a role-playing game with popular characters from the One Piece anime. One of them is Usopp, a sniper from the Straw Hat Pirates. As with most characters in the game, you will have the option to change their appearance. Here’s how to get Usopp’s Traveling Sniper King outfit in One Piece Odyssey.

Although pre-ordering the game is the only way to get Usopp’s Traveling Sniper King costume in One Piece Odyssey, there may be other ways. The outfits/costumes are still popular among players, so there is a chance that the Sogeking skin will be available as DLC in the future.