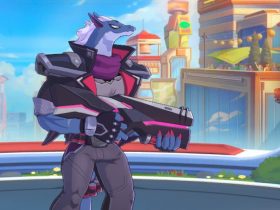 Under the Shadow of the Umbrella is an estate located in the Mawtiyima Forest in Sumeru. Upon entering the surroundings, you will come across a Dendro Monument puzzle. Solving it will unseal the domain and reward you with a common chest.

Start by heading to the Under the Umbrella’s Shade estate located northeast of Mawtiyima Forest. Once there, you’ll find four Dendro Monuments, an Auspicious Branch, and a Dendro Rock around a large boulder in the center of the clearing. You need five Monuments to solve the puzzle, so interact with the Auspicious Branch to summon Dendrograna, then attack Dendro’s Rock to break it and reveal the fifth Dendro Monument. 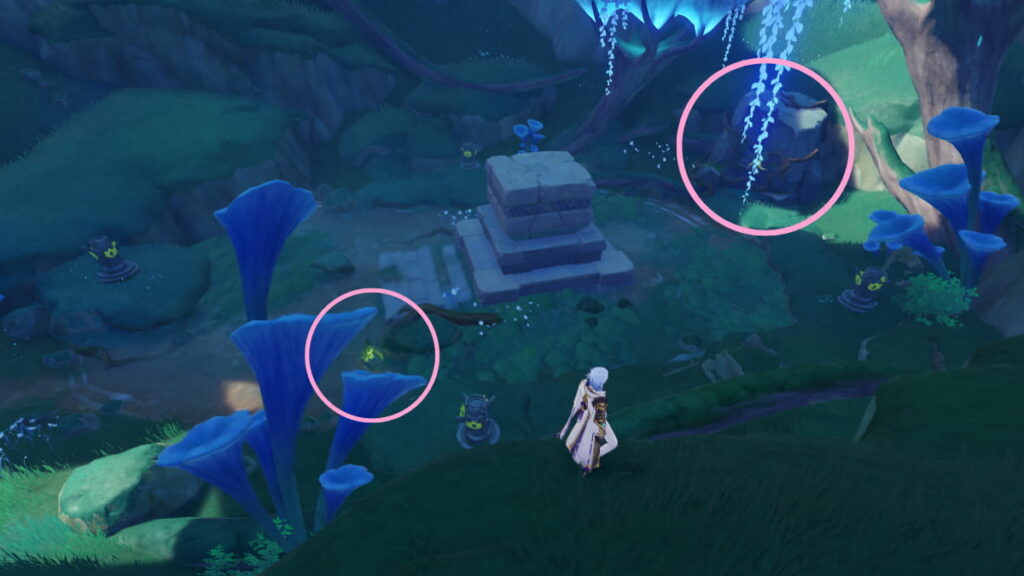 If you’ve already attempted the puzzle, you can reset it by randomly applying Dendro to all monuments until they’re all disabled. With a clean slate, apply Dendro to the monuments in the exact order prescribed in the image below. 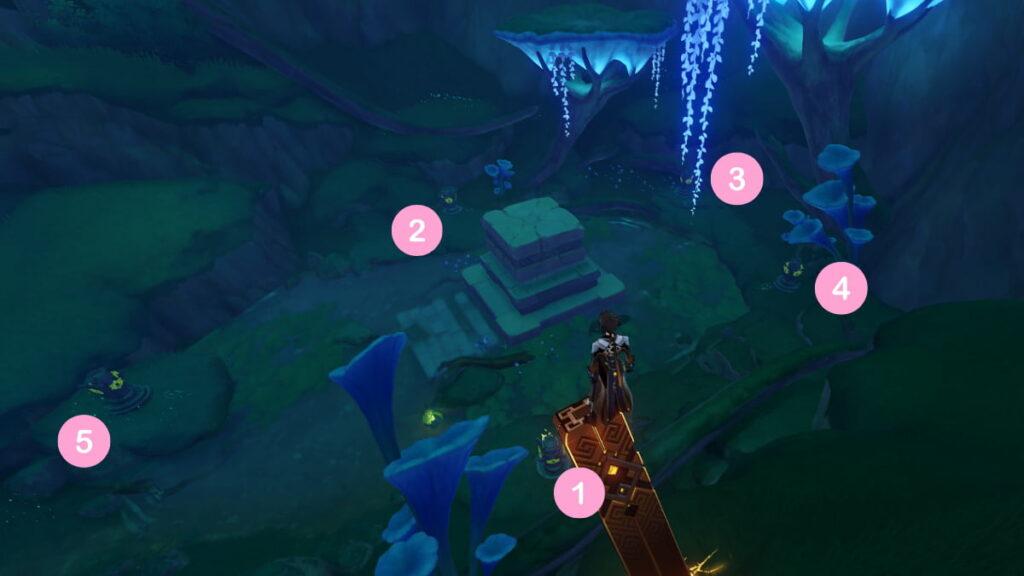 If you make a mistake, you can reset the puzzle by randomly activating the monuments until they all go dark and try again. After solving the puzzle, the rock in the center will shatter, allowing the domain to surface. Don’t forget to interact with it so that it becomes a waypoint on your world map.

Check out our guide on How to Use the Strange Scroll in Genshin Impact – Luxurious Chest Puzzle Guide to solve another puzzle in Sumeru.