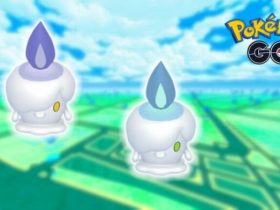 Can Litwick shine in Pokémon GO?

The event was announced on August 19, coupled with the release of the 6.2 preliminary patch notes. As with previous events, The Rising 2022 will see you encounter the Wandering Minstrel, an in-game character related to Naoki Yoshida, the game’s director.

But the biggest attraction of the event is the new Clockwork Solus minion. This minion, obtained by completing the event, gives you a miniaturized version of the classic Shadowbringers villain, Emet Selch, with a sulky face! Additionally, some items that were available in previous iterations of the event will be obtainable through the rising vendor during the event.

The Rising Event is one of the most melancholic events in Final Fantasy XIV, combining nostalgia for your previous adventures, with fireworks and messages from the game’s director himself. You can begin your Rising experience on August 27 by traveling to X: 10.1, Y: 8.4, Ul’dah – Nald Steps, and speaking to the Wandering Minstrel.