Tower of Fantasy has its share of issues when it comes to game servers. The launch didn’t go smoothly, as more than four million pre-registered players attempted to log in the second the game went live. Although the developers foresaw problems, they were unable to prevent them. There are several methods you can try if you still get a “Failed to connect to server” message when trying to connect.

How to fix “Unable to connect to server” issue in ToF

If you often get “unable to connect to server”, it usually means that the server is full. The servers are divided by regions (continents), where each region has servers available for you to choose from. Red servers are the busiest, yellow is half full, and green provides a smooth gaming experience. If your server is red, you can try these solutions: 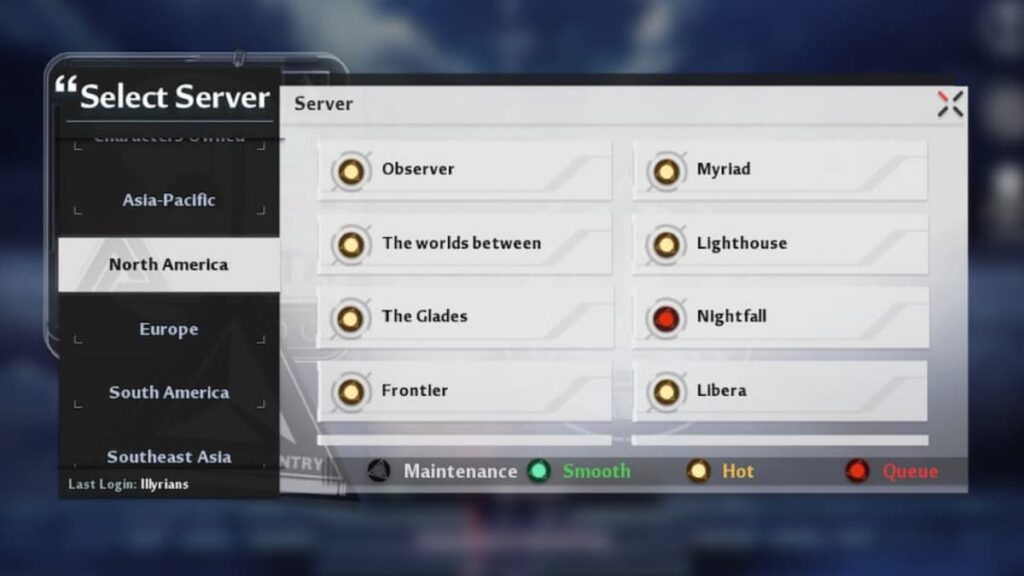 2. Switch servers in Tower of Fantasy

3. Change region in Tower of Fantasy

4. Check for Tower of Fantasy updates

Will there be a server merger in Tower of Fantasy?

One of the most common complaints from gamers is a large number of servers instead of just one. For this reason, some players have had issues playing with friends in Tower of Fantasy, as they are in the same region but on different servers. Therefore, many believe that all servers in a region will merge into one. There’s no info on what’s coming soon, but it looks like a next step.