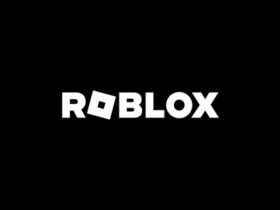 After the huge success of the Chronovoid skin pack, Riot Games plans to release a new dark-themed skin pack called Crimsonbeast tomorrow. At first glance, the skin line looks very familiar as it is very similar to the super popular Elderflame skin set. It will feature four different weapon skins for popular weapons like Sheriff and Vandal. With a unique Crimsonbeast Hammer melee skin that almost looks like a Thor Hammer from Norse mythology. The bundle will debut in the Valorant game store on October 5, 2022.

All weapon and melee skins in the Valorant Crimsonbeast skin pack

You can find all Valorant Crimsonbeast pack cosmetics in the following list.

However, Riot Games did not reveal anything regarding the price or the type of bundle. Many famous Valorant leakers like “Mike Valorant” listed it as a premium skin pack. Analyzing previous premium bundles, you can expect the entire Crimsonbeast bundle to be sold for 7100 VP and individual cosmetic weapons for 1775 VP. For the Crimsonbeast Hammer melee skin, you can expect a whopping price tag of 3550 VP. Still, we have to wait for an official confirmation from the developer.

When is Valorant Crimsonbeast coming out?

As previously mentioned, the Valorant Crimsonbeast Pack will be available for players to purchase starting October 5, 2022. Like previous pack sets, it will spend 2-3 full weeks before being phased out. However, you can purchase individual items from the bundle as part of the stores’ default daily rotation.

For more on Valorant, check out All Sheriff Skins in Valorant and How to Get Them or How to Create a Square Crosshair/Box in Valorant on ps4games.com.