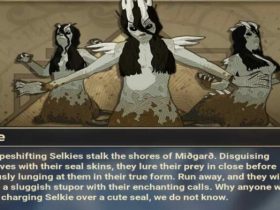 How to Get Selkie Fins in Tribes of Midgard

Twitch is a streaming platform that allows its users to talk about a variety of topics that viewers can interact and chat with. However, when a person’s stream ends, the fun doesn’t have to end there. Streamers can promote other streamers on the platform by sending their audience directly to these creators! How do they do that? Thanks to Twitch Raids and Twitch Hosting! These tools allow streamers to introduce their audience to new personalities while promoting deserving creators for all their hard work.

So how exactly do you raid a channel or even host another channel on your own?

How to Raid Another Channel on Twitch

There are two ways to raid another channel on Twitch. On the one hand, you can type the term “/raid” followed by the name of the account you want to attack directly in the chat of your stream. Although this version does not automatically redirect viewers to another stream, it does inform them of the next destination for the channel’s content.

The second way to raid another Twitch channel is to go to your Creator Dashboard and use the Raid Channel option to find the user you want to raid. After you have officially “Started the Raid”, your chat viewers will then receive a visible countdown timer notifying them when they will be automatically redirected to the other stream. 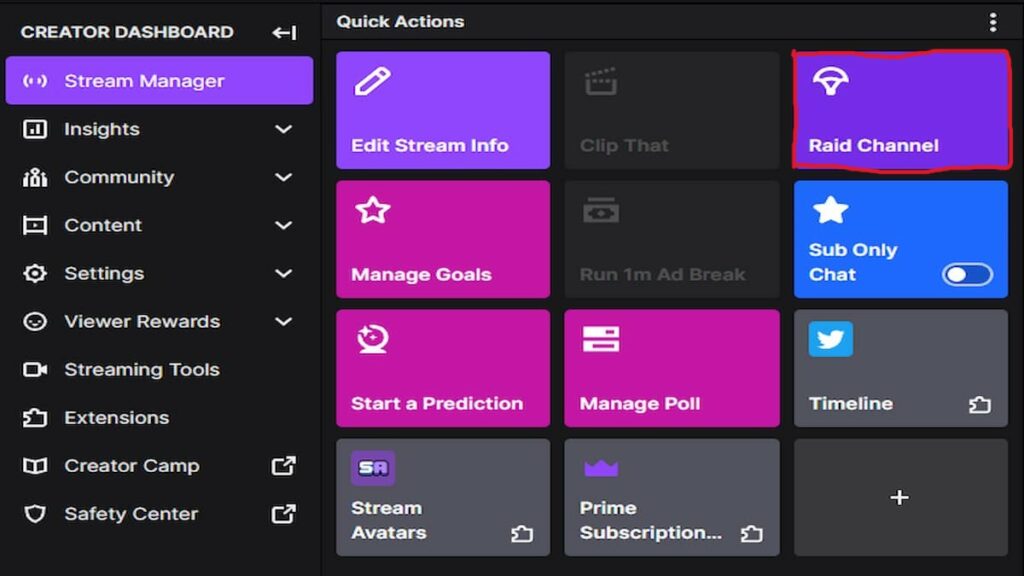 Can you stop Twitch raids?

Absolutely. Since the beginning of raids, being able to monitor and restrict raids has become common practice. You can disable them completely from the Settings option in your Twitch account or control the flow of the conversation by enabling different modes in the chat window. These modes include emote-only chat, follower-only chat, slow mode, or follower-only mode.

How to Host Another Channel on Twitch

Hosting is similar to raiding in that it directs your viewers to a channel that is not yours. Hosting works a little differently because you don’t necessarily do this when you’re already streaming. You’ll want to host other streamers when you know you won’t be available to entertain your viewers yourself. There are also two ways to host another channel

First, you can enter the term “/host” followed by the name of the account you want to host directly into your stream chat. You can also set it up so that your account automatically hosts different streamers you set it up on. You can go to your account settings and open the Channel & Videos option. From here, you can manage your auto-host channels and change which streamers you want to feature. 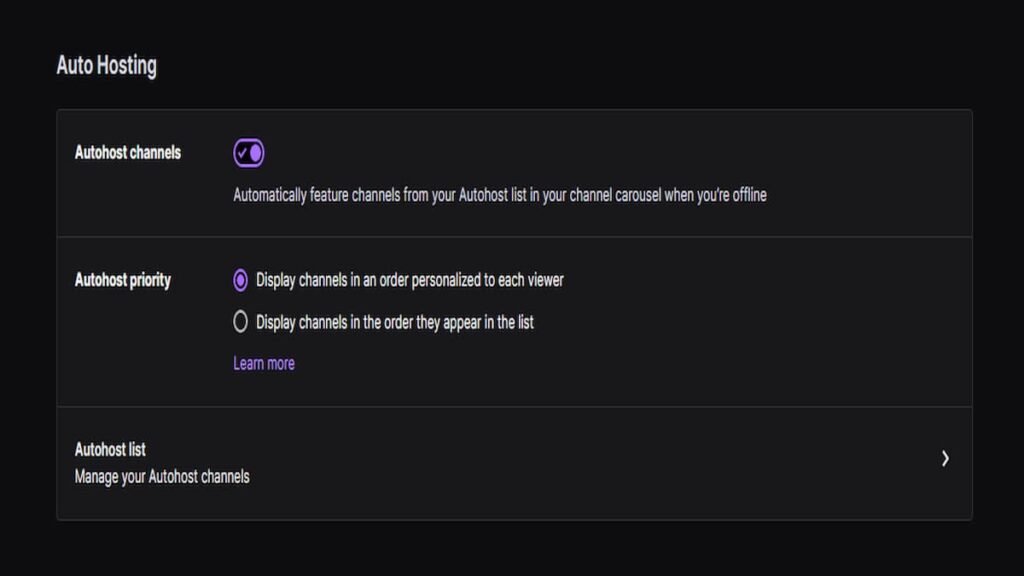 Can you block another Twitch account from hosting you?

You can stop hosting an account by simply typing the command “/unhost” in your Twitch chat. But you can’t prevent another account from choosing to host you. All you can do is what was mentioned above to make sure chatbots and spammers don’t fill your chat.

For more on Twitch, check out Best USB Microphones for Streaming on Twitch and YouTube Only on Pro Game Guides.