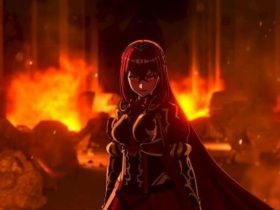 The Dreaming City in Destiny 2 is a place full of many secrets. The one that appeared quite early in the Forsaken release was The Small Gift, which smells slightly minty. It turns out that this item can be given to nine cats spread across the Dreaming City. Each gift will reward the Guardian with Dreaming City gear. But finding each of these kittens is going to involve a bit of searching. Fortunately, we have what you need. 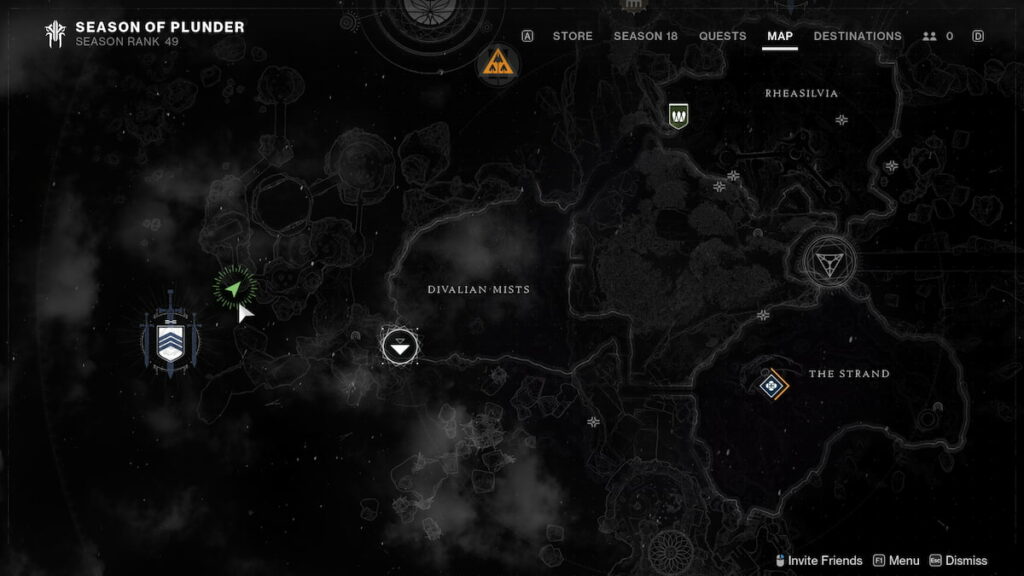 Head northwest from the spawn point in Divalian Mists. Follow the path up to the arrow of Keres. When you go through the crystal arch at the point marked on the map, look for a notch in the wall. Jump through this and search the bushes for the first cat statue. 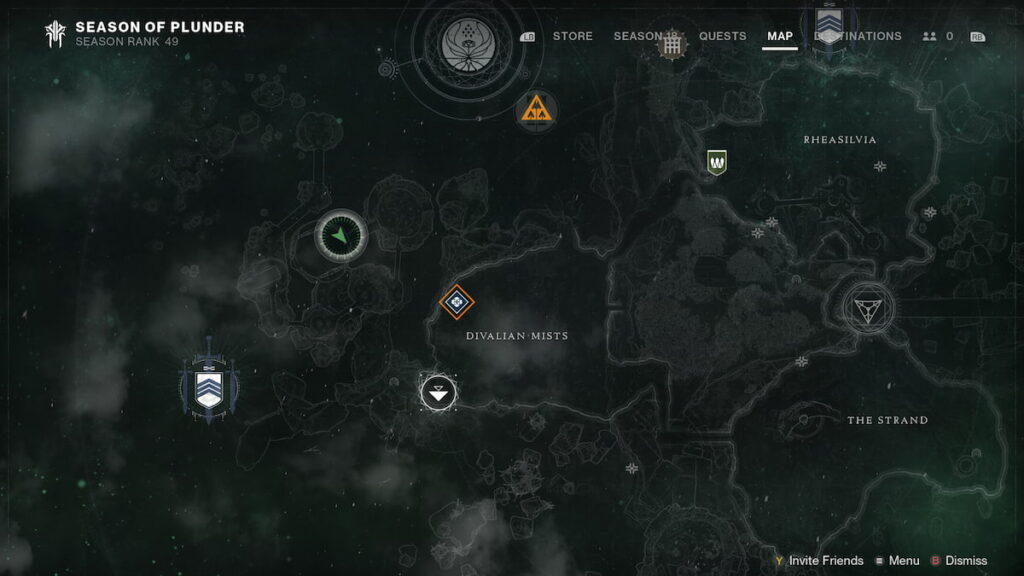 Similar to the first cat, head northwest from the Divalian Mists spawn point. Enter the tower where you would normally present an offering to the Techeun. Looking ahead of her, there will be a bright balcony on the left. Jump on it and head to the right down the hall. The cat will be on the left at the end of the hall. 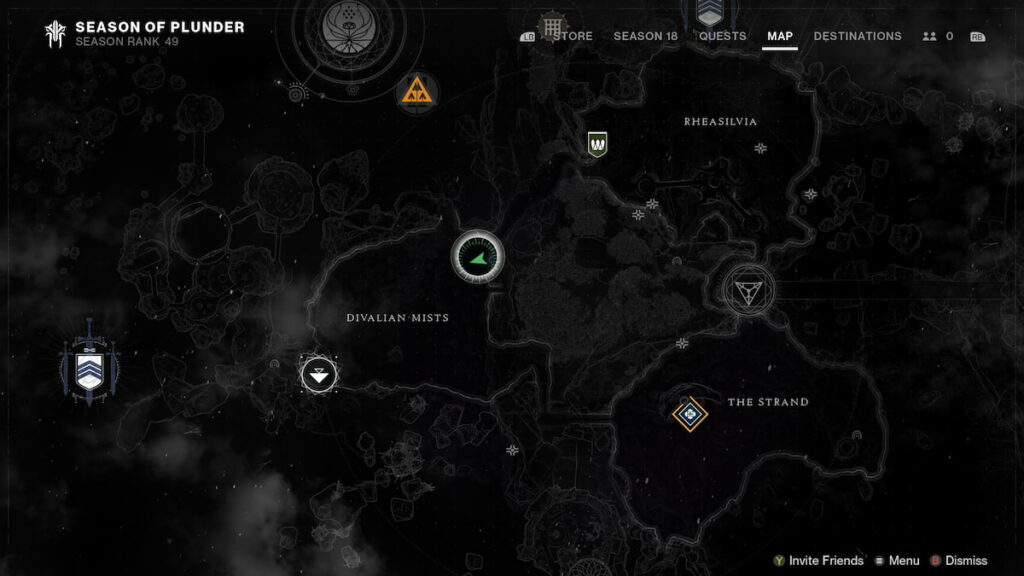 This one is a little simpler. Spawn at Divalian Mists and start heading towards Rheasilvia. When you reach the point where the path splits, look over the edge of the cliff to the north. There will be ledges you can jump on. Follow them until you reach a cave. At the end of the cave will be several Awoken statues next to the cat. 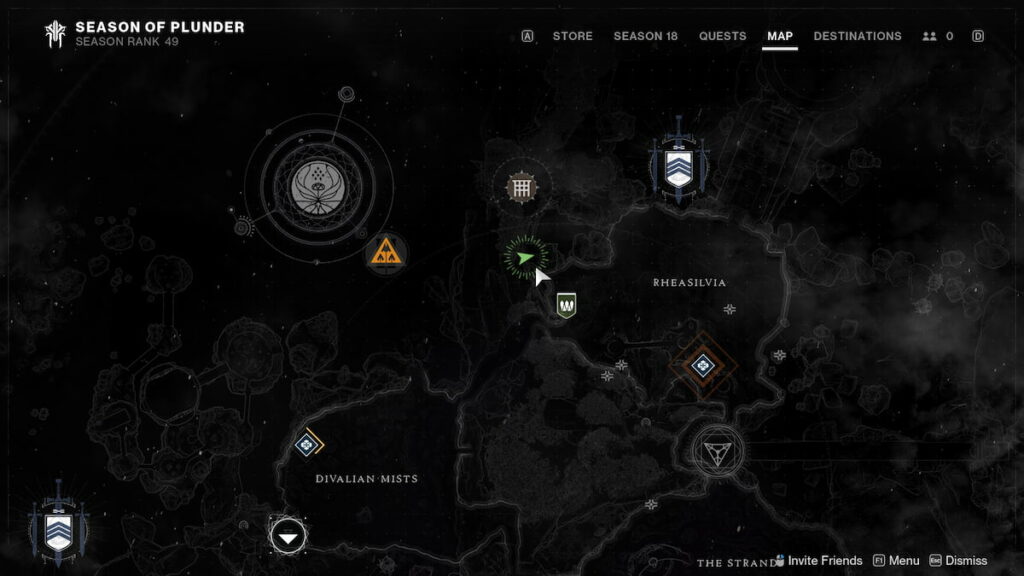 Go to the ledge of Petra Venj in Rheasilvia. From its location, look up and to the left. There will be a mossy Awoken statue. The kitty is located at the base of this. The easiest way to get there is to jump to the other side of the ledge you just came up from. From there, jump through the mists to a small ledge next to a large column of rocks. Go up this large column and once at the top you will see the path leading to the statue. 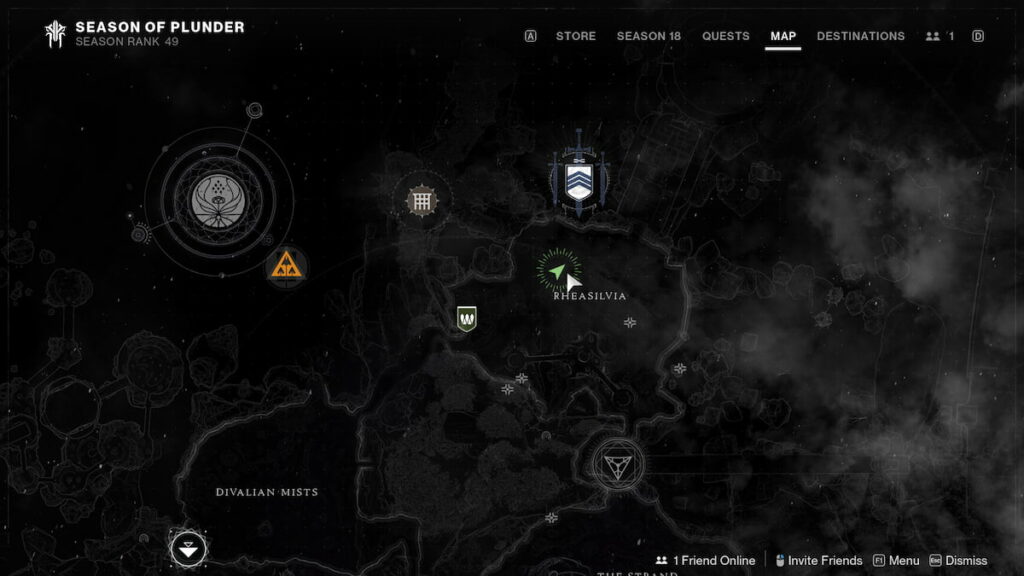 Head to the main Rheasylvia building. Before crossing the bridge, look left. There will be a dirt road. Follow it and watch the branches of the tree sticking out of the side of the cliff for the next kitty. 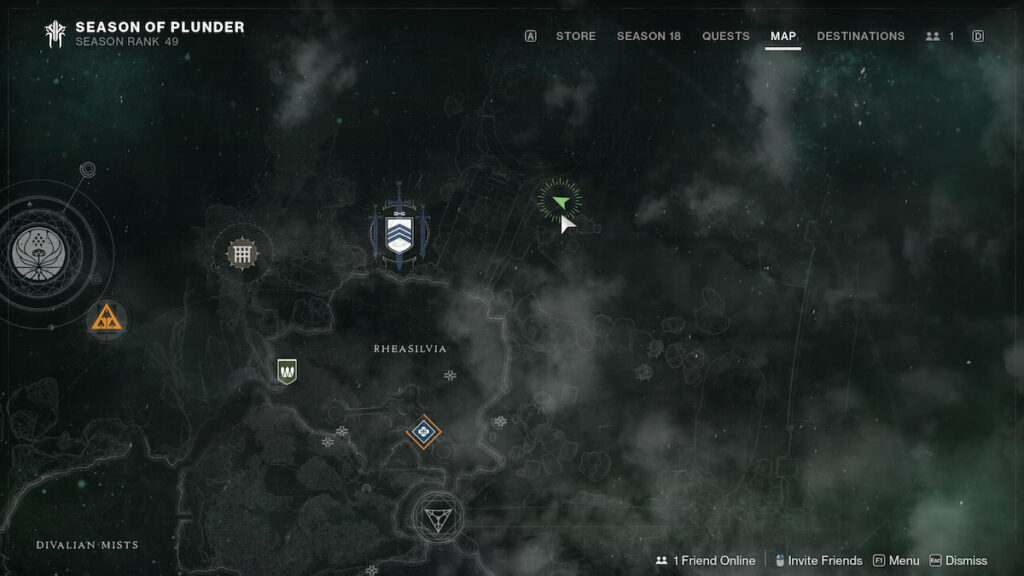 This one is relatively easy to find. Head to the main Rheasylvia building. Keep going straight until you pass a large Awoken statue. Eventually, the hallway will end in a T-junction. Go right and go down the stairs. The hallway will lead to a large room that marks too far. Instead, just before this room, look for a door with a glowing tree inside. The cat will be in the branches. 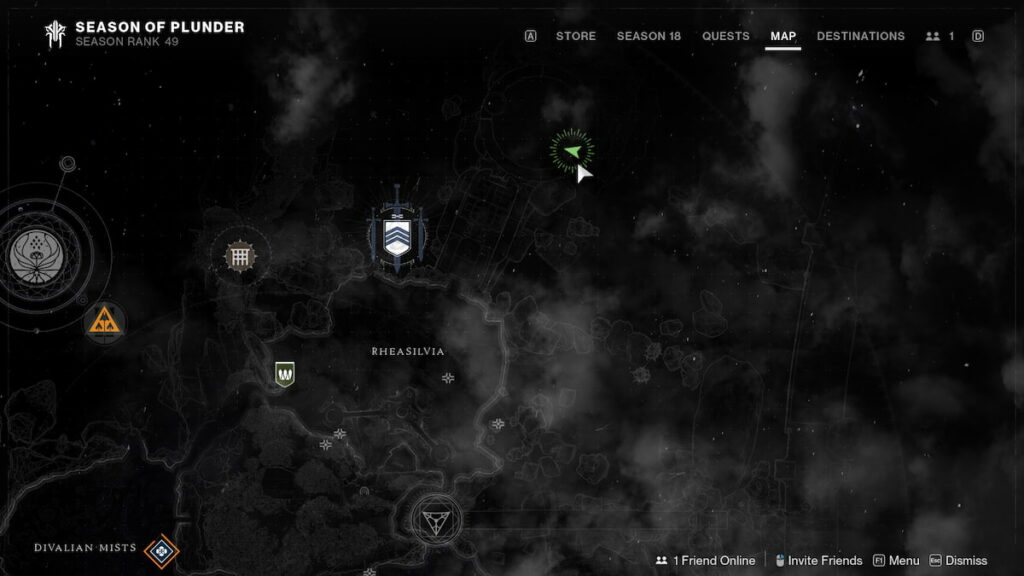 Much like the last kitten, you’ll want to head to the main building in Rheasilvia. Go through the entrance and down the main hall past the Awoken statue. Take a right where the hallway reaches a dead end. Go down the stairs and you will eventually come to a large circular room. There will be a roundhouse made of gems on the right side of the room. In front, there is a pile of rocks. Climb on it and go past the eaves for the cat. 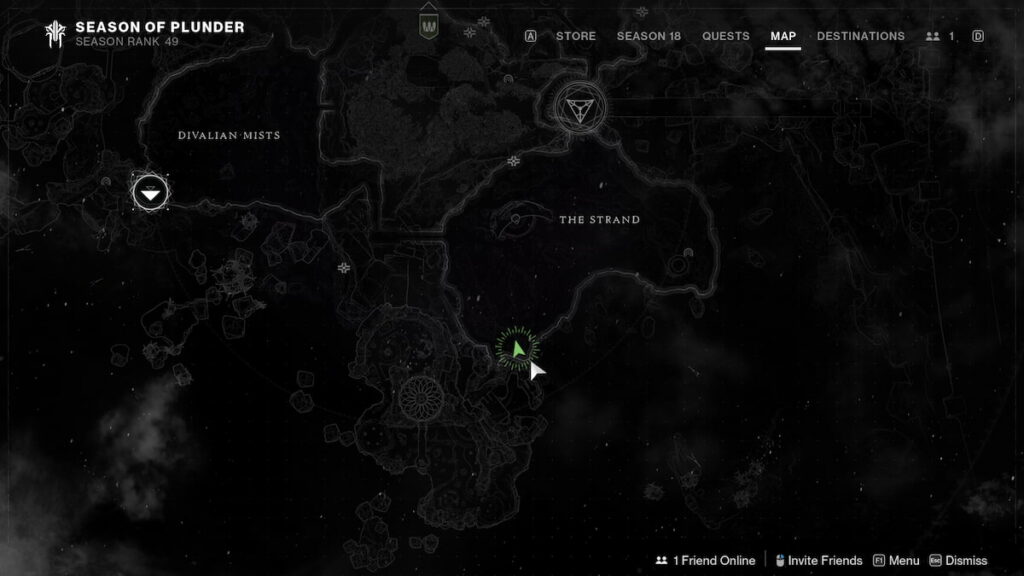 Head to The Strand from the Divalian Mists spawn point. Upon entering the area, immediately head to the right. When you reach the steps that mark the entrance to the Gardens of Esila, look to your left. There will be a grove of trees protruding from the cliff. The cat will be behind the second tallest tree. 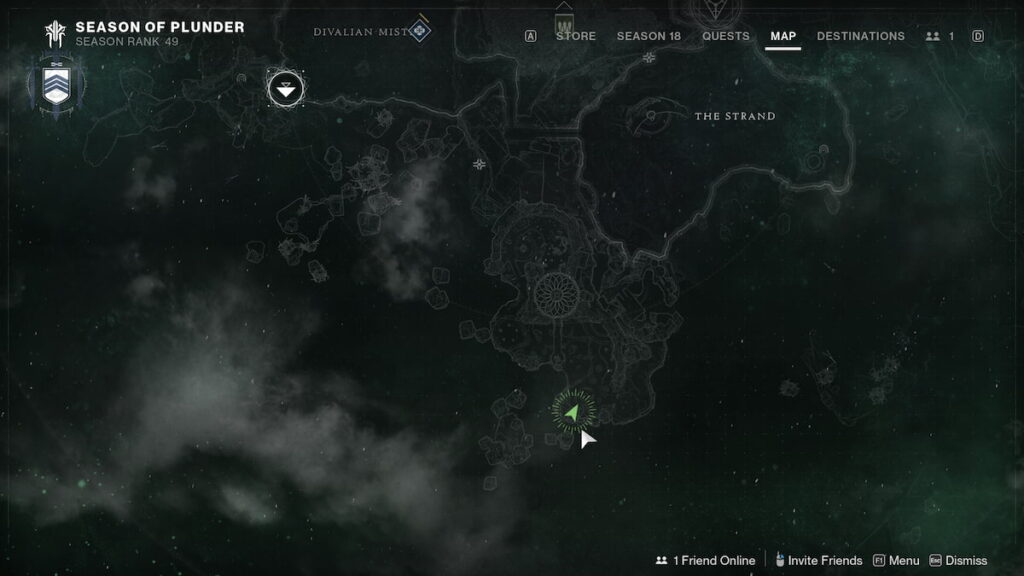 The final chat is located in the Esila Gardens proper. Go to The Strand from Divalian Mists and go right immediately upon entering the area. Follow the path on the right to the Jardins d’Esila. You’ll know you’ve reached them when you reach stairs leading to an alcove. Follow the path until you reach the second Hive mob. You will have passed a rocky outcrop and should be next in a second. Climb to the top and claim your last kitten.

For more Destiny 2 goodies, check out What is the Iron Banner in Destiny 2? Iron Banner lore and events, explained in ps4gamestips.